HE DID IT! HE DID IT! THEY SAID HE COULDN'T DO IT BUT INDEED, HE DID! 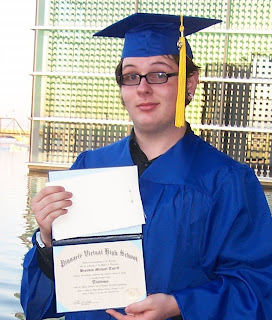 
I played a birthday party last night. I love those. Play, get money, shmooze, hang out with cool people, eat cake, go.

Is the economy really getting better or are people just saying that to make gas prices go up?

Personally the economy got a lot better in March when I found a job.

Next gig: good question! Hang on a minute...its around here somewhere...ah, yes! June 10! Scroll down to my previous post and the big blue card.

My kids' band, Thunderstump, played their first paying gig that other night and I thought they were great. So did everybody else who came at our invitation. They are actively looking for more places to play. Contact Brendan at neonnimrod@gmail.com

I've been playing a lot of Wednesday gigs lately. Here's the next one--mark it down... 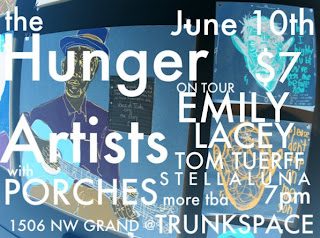 We had a party for my mom at the Phoenician last night. She turned 80 last week and she has all the pep of someone half her age. Hopefully I'll be like that when I'm her age and she's 110 and starting to slow down.

...many of the best songwriters in modern music really can't sing worth a whit?

Still others are merely okay. Irving Berlin could sing, but he had a HORRIBLE New York accent that didn't go away when he sang.
O-vah THEHHHHH. O-vah THEHHHHHHH.


...that whenever there's a cop behind you while you're driving, you find yourself wondering how many months ago you had your last alcoholic drink?

...that some people will go positively out of their way to deny they ever lived/worked/existed somewhere? I know a guy who I worked with here in town from about 1980 to 1982. He was a popular award-winning ad writer here until about 1984 when he went to an agency in California and promptly wrote the "California Cooler" "Papa Oom Mow Mow" commercials and suddenly Clios started flying out of his ass.

He now says he's been in the business for 25 years -- conveniently forgetting several years he was here and at other agencies prior to that In California.

This Saturday: Darwin's, 36th and Indian School. 10 p.m. I'm opening for my kids! Come out! PLEEEEEEASE.

If you live on the east side, grab your lush friends and come on over to the Vintage! I'm on from 7-8 so it'll be an early night. Plus, they gave me this cool poster! How can you resist that? 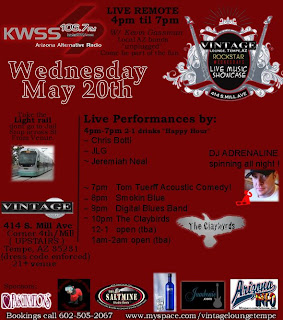 ------
Went over to my friend Nancy's this past weekend and watched some very cool videos, ate pizza and had a good time with friends. And it wasn't even a holiday weekend!

My schedule is filling up like popcorn in a jiffypop pan. Yay!

LINKS AND GENERALITIES FOR SUNDAY

I haven't been on for a while so I figured I'd remedy that.

First of all, GIGS:


Saturday, 10 p.m.
Darwins, 36th and Indian School next to Mama Java's. SHOW UP!
My sons' band, Thunderstump, is headlining and I'm opening for them!

Last night I was seeking out great TV performances on YouTube from my youth. Below are a few. (I may have posted one or two of these before but they're worth posting again.

First off: Stevie Wonder and band, 1972, LIVE on Sesame Street. Yes, Sesame Street. (This is maybe the best live version of this song I've run across. They just kick it.)

From the long-lamented "Night Music" Program, a performance YOU SIMPLY MUST SEE:

Leonard Cohen sings his very eerie "Who By Fire" backed by Was Not Was and special sax accompaniment by Sonny Rollins. I guarantee you that when this song finishes you will discover that you've been holding your breath for a while. You can almost hear the audience exhaling. This is one of the most amazing performances ever televised.

Same program, different night: Todd Rundgren and Taj Mahal perform Gilbert and Sullivan. You might hold your breath here too but for an entirely different reason. (This is FUNNY stuff.)

ALL OF A SUDDEN, I'M BUSY AGAIN 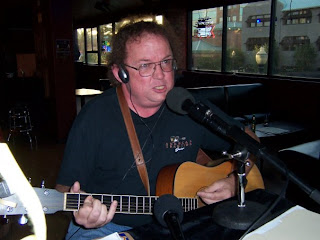 Next Wednesday I'm playing a gig at an OLD FOLKS HOME! Hoo Boy!

This Friday the 7th, Me, Nancy Freeman and BJ Fisher (I think that's her name) are playing at Fiddler's Dream, 17th St. and Glendale, starting at 8! BE THERE!