NO, JUST BECAUSE WE WERE THE SAME AGE AND BORN IN THE SAME PLACE, I DIDN'T KNOW HIM.

The general reaction around the office yesterday to Michael Jackson's unexpected (I won't say untimely; come on, the guy was on borrowed time anyway) demise was one of generally detached shock; like, "wow! No shit? Okay, back to work."

That the guy was a sick freak is no secret. That he could sing like nobody's business (although I always thought Jermaine was the better singer) is unquestioned.

We moved out of Gary when I was 7, but we'd return regularly to visit relatives since we lived less than an hour away over in Mt. Prospect, closer to dad's job in Chicago. I can't tell you how many times on visits when I'd see posters tacked to telephone poles advertising live shows -- rock shows, soul shows, pop shows, etc -- featuring some headliner act and then scores of local acts. The Jackson Five were ALWAYS on those posters. Papa Joe would book these kids to play the opening of an envelope, and they'd deliver, apparently.

So when they made it, I certainly knew who they were.

If you ask me, and you won't so I'll tell you anyway, the J5's best song is their first single, "I Want You Back." Sure, the genius is in the arrangement, and the lyrics (it is a GREAT frikkin' song) but what makes it work is Michael's INCREDIBLE vocals; the soul of a 30-year-old man in a 10-year-old kid. His sudden transformation from little kid voice in the verses to the SOUL MONSTER in the chorus (HO, BABY GIMME ONE MO' CHAAAAAAAAAANCE...)is one of the most arresting moments in music.

That said, I was never that much of a Jackson Five fan. And I never really got into Michael the solo artist. I do own a copy of "Thriller" because somebody gave it to me. (I met Quincy Jones once, but we didn't talk about MJ. We talked about Dinah Washington. Long story.) However, I thought I would try to compile a list of five Jackson Five songs that I really like:

1. "I Want You Back." That's a given.
2. "Never Can Say Goodbye." Again, a great song, delivered with real class. (Written, incidentally, by Clifton Davis, the actor of "That's My Mama" and "Amen" fame.)
3. "Dancing Machine." Automatic. Systematic. Oooooh Bop diddy Bop.
4. "I Am Love." Same album as the song above; didn't get much airplay because it's like four hours long but it's a REALLY good song.
5. "Little Bitty Pretty One," a cover song for the Jacksons. I had to put a Jermaine song on here. (Jermaine did good covers. He had a solo hit with Shep and the Limelites' "Daddy's Home," and I dare say did it just a little better.)

I never much liked "I'll Be There;" "The Love You Save" was too whiny, "Maybe Tomorrow" was just a poor man's "Never Can Say Goodbye."

------
In the collegiate school year of 1976-77, there were easily several thousand men attending Northern Arizona University. In my memory, there were at least eight dormitories on campus to house the guys, including the co-ed dorm I was in that year.
And I can tell you that for every room housing a male person on that campus, indeed, for every MALE on campus, I'm sure you could have found at least two copies of the Farrah Fawcett poster. (Oddly enough, my dorm room was Farrah-devoid. I had a poster from "200 Motels" on my wall and my roommate had a poster of Secretariat.
------
Note to those of you who think you might want to be "a little famous": pick your death day carefully.

Sky Saxon died yesterday, too. Look him up. If you're a boomer, you'll know him immediately.

Tomorrow I am at the Flagstaff Folk Festival and the Coconino Arts Center on Fort Valley Road! I'm on the Pioneer Stage at 4:40! SHOW UP! Death is not an option! You're not getting out of it THAT easy...

...and people ask me why I like Frank Zappa so much...

Played "Seven Minutes in Heaven" at Space 55 last night. It was PACKED. They had chairs on stage. I WOWED 'em. I think I'm getting pretty good at this entertaining stuff.

Today's "Father's Day and I got "Happy Happys" from both boys. So I'm happy.

WHEN IT RAINS, IT'S A GOOD BET YOU'RE PROBABLY NOT HERE

It actually drizzled in my neighborhood this morning.

Weird Al has a new video out:

This Saturday I'm at Space 55, 7th st. and Pierce for Seven Minutes in Heaven! Same drill as the other Seven Minutes Shows (You Tube me for examples)...

I think it's important for you to know what you're missing when you don't come to these shows: 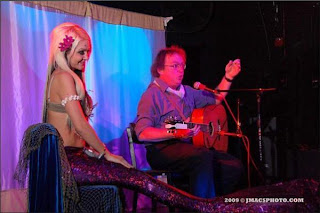 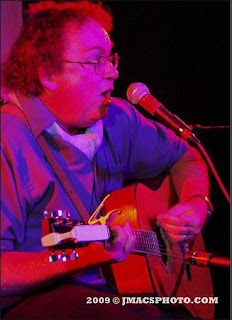 I'm on four panels at Westercon this year, plus a concert. Fourth of July weekend, Tempe Mission Palms...

28 years ago, June 6 was on a Saturday, just like this year. Jan and I got married that day.
It was 106 degrees out when the wedding commenced in the late afternoon.
The air conditioner in Temple Beth Israel, where the ceremony and the reception took place, blew out shortly before we showed up for the ceremony. They got it working in the reception area but the temple was an oven. We agreed to make it as short as possible.
The wedding photographer spent the bulk of the photo session pushing my glasses back up my sweaty nose.
The flower bouquets for the bridesmaids and bride arrived at the Jewish Temple neatly designed in the shape of the cross.
Much rearranging was quickly done.
We got married; we partied.
Most weddings are excuses for the parents to invite people; ours was no different. The party was populated with relatives mostly, lots of my dad's business associates, my coworkers at the time and yes, a few of our friends.
We're still in touch with most of our friends from that time.
But some things have changed, as they will after 28 years.
Of the parents, only my mom, the bulletproof Mary Lou, is still with us, just turned 80 and just fine, thank you.
The more ancient guests in the wedding pictures are, of course, now memories, except for my equally bulletproof Aunt Marcella, who's now 92 and I wouldn't be surprised if she was climbing Everest at the moment.

As for the wedding party, most of us are still here and doing well; only my sister is gone.

We got some weird gifts. A very good friend of our family's sent us a very strange thing, two wooden bases with three holes each in them, accompanied by two long white rods made out of...something. We didn't have the heart to ask the giver WTF it was, on the off chance that part of it had fallen out during shipping which would have made it plain as day what it was. So our thank you note said "Thanks for the lovely gift! It was the perfect idea. Very unique."

And it was. We had that thing for years. Brought it out at parties and had people guess what it was. We never did figure it out. It may still be here somewhere...

A business associate of my dad's sent us an elaborate Waterford Crystal bowl. It was so nice that we felt unworthy using it, and actually didn't for about ten years.

Moving forward to this Saturday:

The high temperature today was 92.

Our air conditioner is fine.

The building that was Temple Beth Israel is now a Phoenix College Cooking School.

If I wanted to bring all the surviving members of the wedding party together, I could, because we're all still here in Phoenix.

A lot has changed, but I'm still married to my beautiful Janice and I love her more than ever.

And we still laugh like crazy when we talk about that bizarre gift.

Ticket are going fast for next Saturday's Romantasy Cabaret Show at Club Red! Go to www.brownpapertickets.com and buy some! Show up! These things are fun! New Times Best of Phoenix and all that!

Doncha hate it when you're in a store and you hear a CD that they're playing and it's AMAZING and you want it and THEY"RE OUT OF IT????

Steve Martin's new album "The Crow." Holy. Moley. MUST. FIND. COPY. I know this is blasphemous but the guy's almost as good as Earl Scruggs.

Speaking of Steve Martin, did anybody see him and Paul Simon on Jimmy Fallon's show this week? Goooood stuff...

Conan O'Brien should've taken over for Leno years ago. I actually look forward to being awake at 10:30 again.

My kids' band, Thunderstump, got their second gig: July 10 at the Firehouse, 1st Street and Roosevelt! Free! Woo Hoo! Go see them! I will!

------
Come down to the Trunk Space this Wednesday! I'm playing with five other acts starting at 7 p.m.! it's on Grand, just north of the Roosevelt/Grand/15th Avenue intersection. $7! Come see! (Scroll down a couple of blog entries and check out the blue postcard with more info.)