I'M NOT WITH THE BAND, BUT I'M PLUGGING THEM ANYWAY

Four Shillings Short is a constantly-traveling duo who, when they're home, which is never, would say they live in California. Irish Native Aodh Og O Tuama & Californian Christi Martin play an an intriguing combination of instruments, merging musical styles in ways that never cease to amaze me. Christi's first instrument was sitar, of all things, which she plays quite well and which the two will use as accompaniment for everything from traditional ragas to irish folk songs. She also plays every coneiveable form of mandolin-type instruments, hammer ducimer, bodhran and banjo. Ahdh Og plays all manner of flutes and whistles. They both sing beautifully.

I went to see them last night at the Glendale Library Auditorium. The place was packed, and their performance was, as it always is, incredible. If you've never seen these two, PLEASE GO. They're in Tucson this weekend, then they head up to the Bellingham/Seattle/Tacoma area. And since I have readers of this blog in both areas, here's their schedule for the next few days: (They'll be back through Phoenix in November, then not again until '08, so see them now!)

I'M NOT IGNORING YOU NICE PEOPLE...

I'm just so damn busy you wouldn't believe it.

Here's my Music Schedule as it stands now: come see me!


GO SEE NATIUM, MY WIFE'S DANCE TROUPE, AT BIG DADDY'S, UNION HILLS JUST EAST OF I-17, THIS SATURDAY AT 8 P.M.!
THEY ARE COOL AND GROOVY!

I got a very nice plug for my CD from my old college buddy Chuck Sigars on his blog today. Thanks again, Chuck!
Check it out, and everything else here: http://blogs.salon.com/0002813/

Now THIS guy can write.

People who've heard the CD so far seem to be in general agreement about one thing: They really like the song "Good ENough for Guys." For whatever reason, this song has never lodged into my head. I have yet to perform it live without making a mistake, unless I have it on a piece of paper in front of me. I REALLY have to learn it now.

Had a good time at my gig at Mama Java's last night. It was my first LONG gig in over six months and there were moments there where my strumming arm looked at me and said, "ARE WE DONE YET?" But that will pass.

My CDBaby site for the new CD is up-- and already out of CDs. You're only supposed to start with four, and they went instantly, thanks to someone who bought all four. Must have a lot of people he doesn't want to see anymore.
(I sent more CDs to CDBaby today so things should be up and running like usual by Tuesday. In the meantime, check out the site: www.cdbaby.com/tuerff2

I realized something today: Nothing can make you laugh quite so hard as watching your white, 15-year old son sing "Is You Is Or Is You Ain't My Baby."

Trust me on this one.

Janet Klein is my new favorite performer. (Her music is great, too. Check out the silly video for "Yiddish Hula Boy.")

Thanks to the US Postal Service, my CD has FINALLY arrived at CDBaby. They tell me it's 5-10 days before the site is up. I'll let you know.

QUICK! BEFORE HE WRITES AGAIN!

Chuck Sigars, an old college buddy of mine, is a columnist in Washington. He mentioned me the other day. Thanks Chuck!
Check it out before it becomes old news...
http://www.mukilteobeacon.com/columnistschucksigars.html

Two people responded to my quiz below! Congrats to Keith in AZ and Chris in WI who both guessed correctly: Them's are Beatle Boys!

What do these five young-to-middle-aged men have in common? 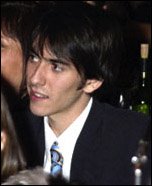 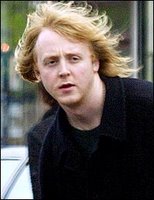 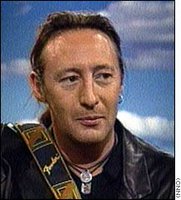 HERE'S A HINT YOU PROBABLY DON'T NEED: Only one of them looks like Mom. Five points if you can Identify them all without Googling.