Just because Fred Rogers is gone doesn't mean the neighborhood's gone to pot. They have modern voting machines and a much better choice of candidates. Neighborhood of Make-Believe, indeed!


My question is, what kid of today is going to have the slightest idea who Mr. McFeely is? I wonder what show this ran on.

This Saturday I will be hosting the first open stage to be attempted at the Music Corner, a Fiddler's Dream - style music showcase at Shepherd of the Valley Lutheran Church, 15th Avenue and Maryland. We will have a special featured act: Four Shillings Short! These two are an amazing act and you should come by to listen/play a set!

If I had to describe their music in one phrase, I couldn't. Maybe "Clannad meets Ravi Shankar."

I first met them about 6-8 years ago and became an immediate fan. They were nice enough to sing one of my songs in their shows for awhile ("I'm Posting the Ten Commandments"), and you won't find a more entertaining and spirited couple than Aodh Og (pronounced AY-ohg) and Christy.

Admission is the ever-popular "whatever you can afford."

Those of you who live here in the Valley have no doubt seen the signs for voting in three people to the Corporation Commission who are running together:

Newman's first name is Paul. Every time I see those signs I think of Cool hand luke.

AND, I think they know it, too. Their TV commercials have a voiceover that says: "Vote for George, Kennedy, and Paul Newman."

And speaking of interesting ways to get you to vote for somebody (I already voted, by the way):

I had no idea Andy Griffith was still alive...

As many of you know it takes me forever to write new songs. I just wrote one. I should have it ready for public consumption in a few days.

EITHER YOU GET 'EM, OR YOU DON'T


How can you tell a bad submissive?


Have a nice weekend.

Yesterday, I had my "You're 50" colonoscopy.

For those of you headed in the same direction to which I have arrived, you will be pleased to know that after dually following the preparation phase and doing exactly what the doctor said, my colon is officially "bendy."

Let's go back to Sunday.

On Sunday, after taking three laxative pills and waiting for the things to work, I then set off on my diet for the day: a gallon of water with a pre-measured helping of something called "GoLyteLy."

Yeah, right. They call it "GoLyteLy" because "Self-Inflicted Liquid Dysentery" didn't do too well in the test market. Everything I'd eaten since the third grade that had stuck to my insides was summarily evicted, with the furniture, within two hours.

So I spent a good portion of Sunday on the toilet, until I'd finished the entire gallon of saltarrhea, and the only thing coming out of me was the last three cups of what I'd put back in.

So I show up at a place on Monday called Surgicenter, a place which I truly believe is used ONLY for colonoscopies. Scores of people were waiting for the opportunity (feh).

I was admitted, administered the usual backless gown, set up with an IV and set in a chair until a unit opened up. Then I was led into a room, I laid on the bed, and they started an anesthetic that they said wouldn't put me completely out, but I probably wouldn't remember anything.

I remember plenty. At first, I really didn't feel anything. But then, as I'm watching the action on the monitor (I'm not kidding -- you get to see what the doctors are seeing) and the camera is getting deeper and deeper, suddenly it kinda sorta HURT LIKE A MOTHERFUCKER.

"Little uncomfortable?" the doctor says. "Sorry about that, but you're really 'bendy.'"

Yeah? And YOU'RE literally a pain in the ass!

He then pulled it out (a lot quicker than it went in) and the pain went away. Good thing I was slightly woozy.

Unfortunately, the anesthesia REALLY kicked in about ten minutes later, after we were done!

I eventually got dressed and Jan drove me home and I slept away Monday afternoon and best of all: I have a clean colon. Bendy, but clean.

I even have pictures. Don't worry, I'll spare you.

THINGS THE ECONOMY HAS TAUGHT ME:

It actually saves money to shop for different things at different places.

The Asian market near my house has the LOWEST regular price on chicken breasts -- $2.29 a pound. That's at least 2.70 less than Fry's.

Fresh and Easy is a great place to find stuff on clearance pretty much any time of the day at half price. The mini-baguettes are just half a buck on clearance. They freeze well and taste great.

My fall and winter gigs are piling up. Just added two more today!

I'VE NEVER BEEN ONE FOR BLONDES, BUT...

...this woman is now my favorite newsreader ever.

MIssed the debate Tuesday night but watched the replay in the morning. Obama wins again. I think Janice figured out why. As we were watching, she says, "You know who McCain reminds me of? Look how he's standing." She then stooped over a little bit to imitate McCain's posture. Then, she raised her hands to either side of her head and made peace signs with her fingers.

And she was right -- he was pulling a Tricky Dick.

If you're local, there's a new open mic taking place on Tuesdays from 6-8 p.m. at the Codfather, an English fish and chips place at 16th St. and Bell. The acoustics are remarkable. This is in a trial situation right now to see if it catches on and makes the owner any money. Check it out next Tuesday. (Finally, some competition for Mama Java's on Indian School, an open mic so popular that there's no chance of getting a spot unless you're there two hours before they start.)

However: Please note that everything, so far as I can tell, is deep fried at the Codfather. Even the Guinness, I suspect. When the healthiest looking item at the joint appears to be the fries, you see how you could get into some real health problems if you ate here on a regular basis.

Glenn Torrico is running the open mic and he's doing a great job. This week, Igor Glenn, of Crazy Ed's fame for those of you old enough to remember that feted place (which was situated WAAAAAAAAAAY out of town at 19th Avenue and Deer Valley back when I first saw him play in 1974), showed up with his big bass fiddle and a friend who played the banjo like he was born with it. They were great!

Igor was one of the New Christy Minstrels for awhile, and holds the somewhat dubious honor of being the only three-time winner of the Gong Show. Back when he played at Ed's, he would literally "ride" his bass while playing it. The Crazy Ed's band at the time also included George Rock, who had retired to the Valley after playing with Spike Jones for many years. Rock was the squeaky voiced guy who sang "All I Want for Christmas is My Two Front Teeth" and "Ya Wanna Buy a Bunny?"

I have discovered the joys of chickenshit.

No, really. When I went out a couple weeks ago to re-seed my garden for fall, I laid in a goodly amount of bird turd. I had seedlings popping up within TWO DAYS, when the packages said up to two weeks. Now my garden is positively the shit.

PRESCOTT -- EVEN WHEN IT RAINS, IT'S NICER THAN HERE

So yesterday I drove up to Prescott for the annual Folk Festival. I am somewhat convinced that I am the only attendee that ONLY goes there for a single day every year. But I get a lot of fun done.

Yesterday, when I wasn't performing, I spent a lot of time jamming with a group of people who included a friend of mine who likes to call himself Lobo (not Kent Lavoie, the "Lobo" of "Me and You and a Dog Named Boo"), and Travis/Atkins-style picker Gary Smith, and Steve Decker, and various other people.

Plus, I got to play my set with Nancy Freeman backing me up, which I always enjoy. We sound good together. Plus, she's been working out a lot, so she's looking really buff, which I'm sure made some people stop and say, "hey, check out that hot woman next to the ugly, screamin' guy!"

PLUS plus, I sold about 100 bucks in CDs and got copies of my CDs to the radio station that had a booth up. They assured me that SOMEBODY could probably play something. Good enough for me!

Today, I went to our dress rehearsal for:

You really need to see this if you haven't been to one before. It's the last show of the year, and you KNOW you want to.

GET TICKETS NOW. Go to the website on the card there for more information.

I'm helping a guy write a book. That's all I can tell you right now. More when there's a book.

I'm helping another person write a book, too. Ditto.

Ian Scott, a friend of my sons, has been passing this along (click to make it bigger)... 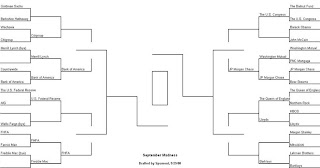 I attended a new open mic last night at the Codfather, a British fish and chips place. The starting time of 6:00, I thought, would not bring in too many people, but I was wrong. I got there near 7 and there were 15 or so people there to drink beer and eat fish.

Gavan Weiser ordered the large cod, which literally extends over the edges of the paper plate it's served on.
"That's quite a codpiece," he said.

This Saturday is the Prescott Folk Festival! Come be folky with me on Saturday at noon at the Sharlott Hall Museum! I'm in the main building exhibit hall, and this year, we all get half an hour instead of the 20 minutes they were doing before. Yippee!

My gigs are piling up for the winter. Check out my schedule at www.myspace.com/tomtuerffmusic

Back in April, I posted a photo of me and 29 of my ninth-grade classmates standing in front of the Capitol building in Washington, D.C. I encouraged anyone who was Googling themselves to let me know if they found the photo. A few weeks back, somebody did! Laura Hinkle, who was Laura Jenzake back then, and who, like me, was part of a HUGE clarinet section in our school band at the time, checked in and even let me know who one of the mystery people in the shot was. Thanks, Laura!
(If you're wondering what I looked like 35 years ago, click the April 2008 archives over there on the right.)